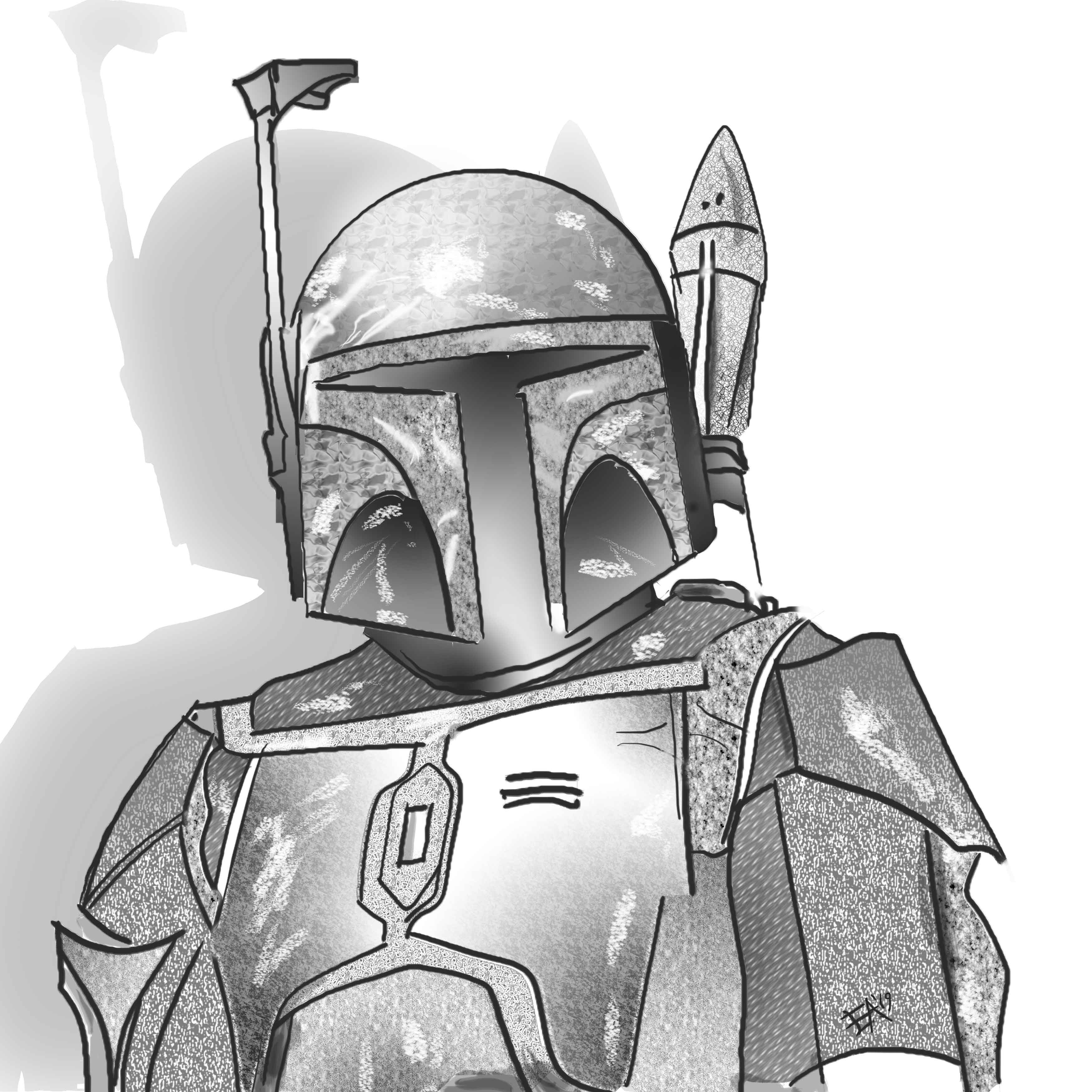 In honor of this special day (May the 4th Be With You), we figured we’d share our Debt Collector’s, Aysling Team Spotlight post. He’s a man of few words, but he always accomplishes his task. He’s rarely needed around the office, but we’re fortunate to have him when we do need him. When he’s not pursuing late payments, Boba Fett is cleaning his toys, traveling the galaxies, and testing his co-worker’s Star Wars knowledge.

Ready to travel to a galaxy, far, far away? Let us introduce our feared Debt Collector, Boba Fett!

What is your job title at Aysling?

So, what does that mean you actually do?

Hunt down past-due balances. I collect debts. I can also be hired by our clients to track down their debts. I have a highly competitive hourly wage for doing so.

How long have you worked at Aysling?

What is your favorite thing about working at Aysling?

Lack of sand and Sarlaccs in the office space. They also have a flexible dress code, allowing me to wear my cape when it’s laundry day. Plus they always have candy, I’m essentially a child at heart.

What is/was your favorite magazine publication?

Pursuit Magazine (and yes, it is a real thing).

If you had to publish your own magazine, what would it be about?

Kamino Monthly, it’s a beautiful little ocean-view city where I was born. You could say it’s a PRM (Planetary Regional Magazine).

What is the one piece of software you cannot live without?

What is your favorite season?

If you could live in any movie/television show, which one would it be? And why?

Could I choose not to be in Star Wars Episode II – Attack of the Clones? Traumatic memories associated with that movie… or perhaps not be in A Star Wars Christmas Special? Either or will do.

Board, Card, or Video Games?

Video Games, especially those for the Playstation 2.

Interesting fact about yourself?

I am such an interesting person that Kenner  made an action figure of me with the release of Star Wars Episode IV – A New Hope, even though I wasn’t in the original cut of the movie.

And finally, what is your favorite quote/lyric (movie, television show, song, or inspirational)?

– Boba Fett, Return of the Jedi

Stay tuned, and May The Force Be With You